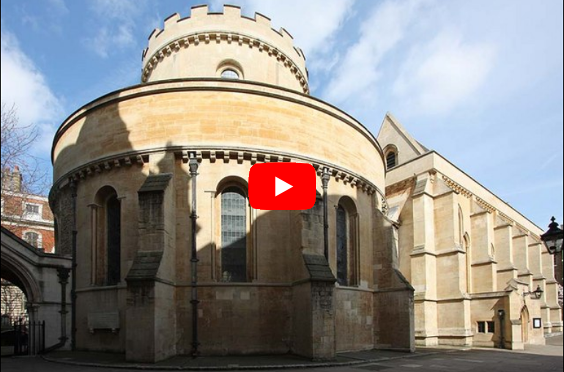 Who really owns the United States, Canada, Britain, Ireland and much more besides? What Legal Guild set up the Common Law system in the World, and the obedience to it by all nations?

The government and 'legal' system of the United States is controlled by the 'Crown.' The Crown is not only the British monarch as widely believed, but is the 'City,' an independent legal-guild state in London. In turn, the 'City' or the 'Crown' is really the Knights Templar Church, also known as the Crown Temple or Crown Templar, and this is located between Fleet Street and Victoria Embankment.

The Temple grounds are also home to the Crown Offices at Crown Office Row. The Crown Temple controls the global 'legal' system, including those in the United States and Canada, because all Bar Associations are franchises of the International Bar Association at the Inns of Court at Crown Temple based at Chancery Lane in London. All Bar Associations' are franchises of the Crown and all Bar Attorneys throughout the world pledge a solemn oath to the Temple, even though they are not told that this is what they are doing.

King John (1167-1216) is a key to this story. It was at the Chancel, or Chancery, of the Crown Inner Temple Court in January 1215 that King John was faced with the demands of the English barons to confirm the rights enshrined in the Magna Carta. When he signed the Magna Carta in 1215 historical propaganda promoted, and still does promote, this as an event that extended human freedom, but the reality, obedience to the Crown's writing of Common Law, was very different.

The 'governments' of the United States and Canada, and Australia and New Zealand, and all of the UK are subsidiaries of the Crown Temple and so is the US 'central bank,' the Federal Reserve. Indeed the global banking system is controlled by the Crown Temple as well as the worldwide 'legal' system. Bar Associations are awarded their franchises by the four Inns of Court at Temple Bar. These are the Inner Temple, Middle Temple, Lincoln's Inn and Gray's Inn -- and they are nothing less than exclusive secret societies without charters or statutes. The secret government. They are a law unto themselves.

The Inner Temple controls the legal system franchise for Canada and Britain while the Middle Temple does the same for the United States. Queen Elizabeth II is a member of both temples. These so-called 'Illuminati' always seek to control both 'sides' in any situation.

Thus at least five signatories to the American Declaration of Independence were Temple Bar Attorneys who had pledged allegiance to the Crown. And their Constitution gives first authority and control of the US Government to the Crown and Banks of England. [Viz. also in Australia where the Crown can remove the Prime Minister at any time for any reason, and in New Zealand where the Crown is the ultimate legal appellate for all.]

Another Middle Temple agent during the formation of the United States was Alexander Hamilton who structured the American banking system in line with the Crown Temple agenda for control of the new United States (a 'State' is actually a legal entity of the Crown - a Crown Colony!). As Michael Edward points out in an excellent Internet study:

"Neither the American people nor the Queen of Britain own America. The Crown Temple owns America through the deception of those who have worn their allegiance by oath to the Middle Templar Bar. The Crown Bankers and their Middle Templar Attorneys rule America through unlawful contracts, unlawful taxes, and, contract documents of false equity through debt deceit, all strictly enforced by their completely unlawful, but 'legal,' Orders, Rules and Codes of the Crown Temple Courts Our so-called 'judiciary' in America. This is because the Crown Temple holds the land titles and estate deeds to all of North America."

Seven Middle Inn Templars who had pledged an oath of allegiance to the Crown Temple (including Alexander Hamilton) were among the members of the Constitutional Convention who signed the completed 'American Constitution' giving secret control over to London. How symbolic it is that copies of the American Constitution and the Declaration of Independence hang on the wall of the library of the Middle Temple in London. After all, they were the force behind both of them.

While Middle Bar Templars were orchestrating the illusion of freedom from the perceived rule by King George III, the king, too, was a sworn member of the same Middle Temple.

"1776 is the year that will truly live in infamy for all Americans. It is the year that the Crown Colonies became legally subservient Crown States. The Declaration of Independence was a legal, not lawful, document. It was signed on both sides by representatives of the Crown Temple. Legally, it announced the status quo of the Crown Colonies to that of the new legal name called 'States' as direct possessive estates of the Crown. "The American people were hoodwinked into thinking they were declaring lawful independence from the Crown. Proof that the Colonies are still in Crown possession is the use of the word 'State' to signify a 'legal estate of possession.'

Had this been a document of and by the people, both the Declaration of Independence and the U.S. Constitution would have been written using the word 'states.' By the use of 'State' the significance of a government of estate possession was legally established. All of the North American States are Crown Templar possessions through their legal document, signed by their representation of both parties to the contract, known as the Constitution of the United States of America."

Britain, Ireland, the US, and the UK are owned by the Roman Church

On May 15th 1213, our own friend King John, who was a puppet of the Templars, effectively signed away the Kingdom of England and Ireland to Pope Innocent III and the Roman Church, witnessed by the Crown Templars.

As King John said at the time:

"I myself bearing witness in the house of the Knights Templars."

"We wish it to be known to all of you, through this our charter, furnished with our seal ... not induced by force or compelled by fear, but of our own good and spontaneous will and by the common counsel of our barons, do offer and freely concede to God and His holy apostles Peter and Paul and to our mother the holy Roman Church, and to our-lord Pope Innocent and to his Catholic successors, the whole kingdom of England and the whole kingdom of Ireland, with all their rights and appurtenances .. : we perform and swear fealty for them to him our aforesaid lord Pope Innocent, and his Catholic successors and the Roman church ... binding our successors and our heirs by our wife forever, in similar manner to perform fealty and show homage to him who shall be chief pontiff at that time, and to the Roman church without demur.

As a sign ... we will and establish perpetual obligation and concession ... from the proper and especial revenues of our aforesaid kingdoms ... the Roman church shall receive yearly a thousand marks sterling ... saving to us and to our heirs our rights, liberties and regalia; all of which things, as they have been described above, we wish to have perpetually valid and firm; and we bind ourselves and our successors not to act counter to them.

And if we or anyone of our successors shall presume to attempt this, whoever he be, unless being duly warned he come to his kingdom, and his senses, he shall lose his right to the kingdom, and this charter of our obligation-and concession shall always remain firm."

Historical accounts concentrate on the fact that this charter obligated the Crown to pay money to the Roman Church, but it also states that if the terms of this charter are broken, the 'right to the Kingdom' shall be lost, returned to the Crown Templars.

When King John signed the Magna Carta on June 15th 1215 he broke the terms of the charter with the Pope and therefore lost the right to his kingdom. Pope Innocent III then declared the Magna Carta null and void.

From this time the 'Crown' passed from the monarch to the Knights Templar who, to this day, govern Britain on behalf of the Roman (Illuminati) Church. This means, if we take it a stage further, that ultimately, through the Crown Temple, the Roman Church also owns the United States, Canada and all countries and Bar Associations controlled (overtly or covertly) by the Crown!

This is why the Peace Treaty between the American Colonies and the British Crown in 1783, stated:

"It having pleased the Divine Providence to dispose the hearts of the most serene and most potent Prince George the Third, by the grace of God, king of Great Britain, France and Ireland, defender of the faith, duke of Brunswick and Lunebourg, arch-treasurer and prince elector of the Holy Roman Empire etc., and of the United States of America ... "

How ironic that a Roman Catholic is barred from being the British monarch while all along the monarch and the 'kingdom' have been owned by the Roman Catholic Church.